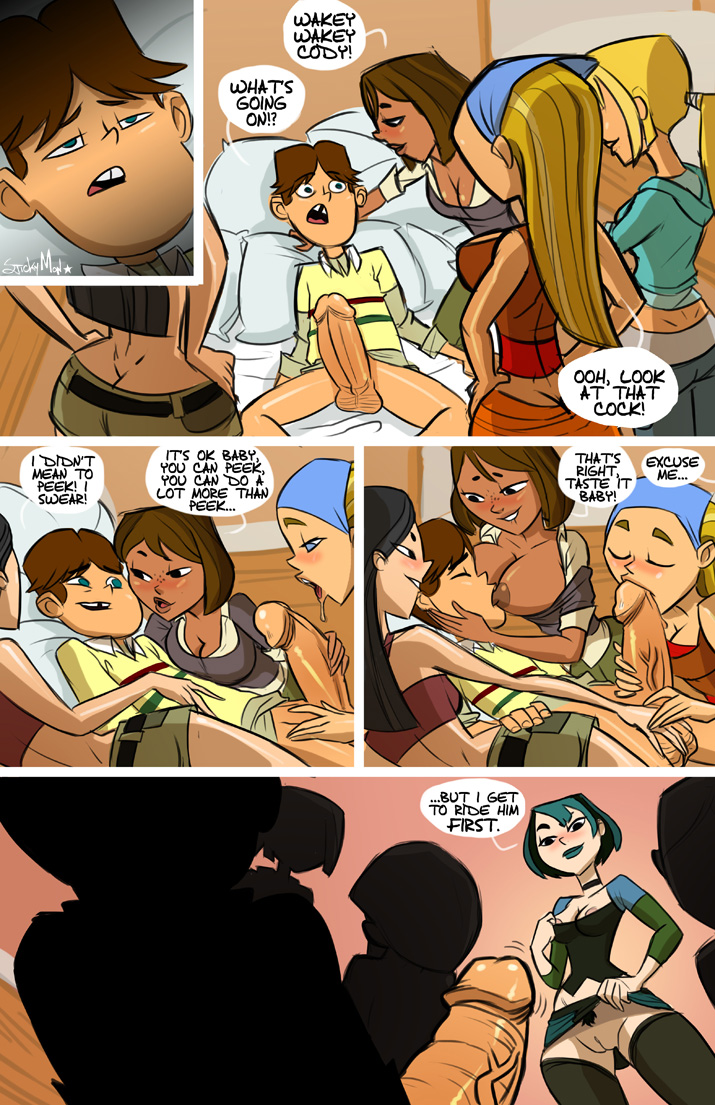 The Campers were faced with their first challenge, jumping off a cliff into shark infested waters! While most campers took the plunge, a few were forced to wear the dreaded, chicken hat! Also, I might wish to add that it turns out Mike kinda has a special disorder, a, ratings boosting disorder, if you will. In the end, Scott's fake failness made his team lose the first challenge.